The (other) land down under! 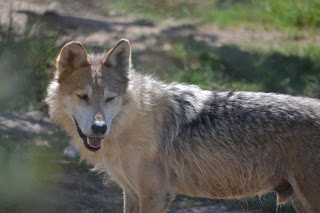 After camping in Brantley we started to make our way towards Carlsbad on Sunday morning.  Before hitting the caverns we stopped at the Living Desert Zoo and Gardens State Park.  It was similar to the Arizona-Sonora Desert Museum.  There was a lot of animal features and well signposted botanical exhibits- again integrated into the landscape.  They had a nice Mexican gray wolf habitat, which is a very rare feature; as these guys are almost completely extinct.

After the Living Desert we moved onto Carlsbad Caverns.  It was absolutely amazing!  We have both visited caves before, and wholly agree that there is nothing like Carlsbad Caverns.  We were down in the cave for three hours.  There was just so much to see.  The pics below, which are a tiny sampling of those taken, really do not do justice to this natural wonder. 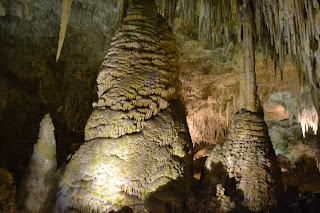 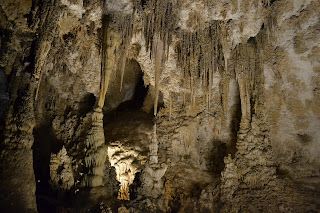