The BBQ mecca and beyond..

When were were first planning to migrate from Austin to Houston, we had no idea of the deliciousness that lay in between.  In both Alpine and San Antonio we heard the whispers about the BBQ mecca of Lockhart, Texas.  So you can imagine our delight when our planned route took us straight through there. As soon as we rolled into Lockhart we knew that we'd love the place- as the air was ripe with the smells of smokey meat.  We managed to try two places, Smitty's and Black's; both were amazing.  The atmosphere at Smitty's was otherworldly.  But the ribs at Black's were to die for.  Matt declared "If there is any truth to the story of Eve's creation, then the creator would have been wise to use this rib." 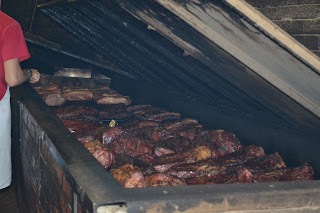 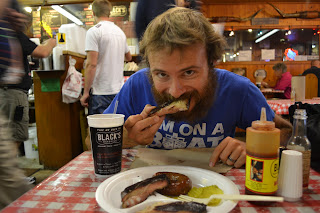 We wanted to hit more BBQ places, but had to book it to Shiner in time for the tour at the Spoetzl Brewery.  The tour there was a big change from the microbrewery tours that we've been visiting thus far.  It was enjoyable though, and we were able to "taste" four beers a piece- all for free. 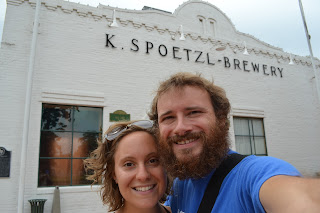