Well it is official, the trip is on!  After a lot of "packing tetris"  we were able to fit most of our goods in the trailer.  We did end-up leaving a pile of items that did not make the cut in our driveway as freebies to the neighbors. 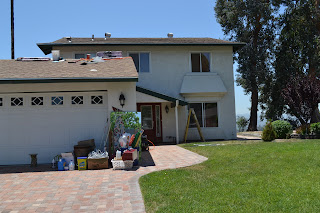 There were of course a few small hiccups in getting started.  We had a real roller coaster ride with the AC.  We had the system charged in the AM, then the line burst on our way out in the afternoon.  So we almost had AC. Nevertheless we are making it through the insane heat.

After sitting a lots of beautiful LA area traffic we finally hit the Packinghouse Brewing Company in Riverside around 3pm.  We were very lucky to be there when their tasting room was open, and a rare pint night was in full swing.  We had a blast hanging out with the local patrons and enjoying some really tasty brews.  I especially enjoyed the Belgian style Take a Flying Leap and their Cream Stout.  Matt was a fan of their most renowned Riley's Irish Red. 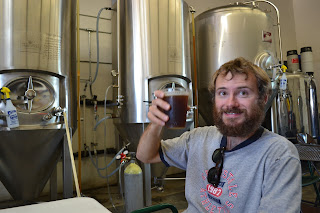 We did eventually make it to Joshua Tree, but it was pretty dark when we arrived.  We literally rolled into a campsite when Ollie decided that he was done and completely shutoff.  After an hour or so of panic we realized that the system safety to avoid overheating kicked in- this can be expected when even in the dark our temp reading was near 100 degrees. 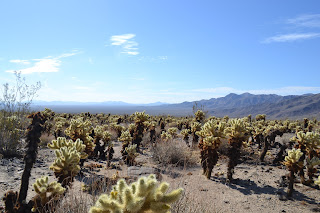 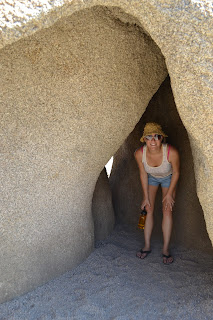